Entertainment One (eOne) is pleased to unveil a limited-edition vinyl repressing of Time Heals Nothing, the third full-length from NOLA sludge masters, CROWBAR.

Initially released in 1995 through Pavement Music, the critically lauded offering contains some of the band’s most revered compositions including “The Only Factor,” “No More Can We Crawl,” and the title track. Upon its release, All Music praised the record noting, “CROWBAR was never afraid to share their pain, and Time Heals Nothing exemplifies the New Orleans doom purveyor’s well-practiced aching out loud.” Sputnik Music concurred, “Built on the success of CROWBAR's self-titled album, Time Heals Nothing continues the band's onslaught of well-executed sludge metal.” Wrote Exclaim, “Vocalist/guitarist Kirk Windstein's lyrics prove incredibly biting and emotionally poignant for a bunch of dudes that look as though they'd send your eyeballs through the back of your skull with the slightest provocation.” Added Sea Of Tranquility, “Time Heals Nothing is the perfect example of just what makes CROWBAR the doom legends they are as these ten uncompromising tracks perfectly blend their penchant for crafting, slow, sludge infested riffs, with the faster, more energetic elements of hardcore. It then gets molded into something truly unique which can only sound like CROWBAR… Music for the downtrodden? Definitely!”

Last year, eOne issued a 25th anniversary pressing of Time Heals Nothing. Limited to 300 copies, the record sold out in 24 hours. The new edition is limited to 1000 copies -- split between the US and EU/UK (available for the first time ever) -- and comes in black and clear with blood and honey splatter.

Don’t miss it! Grab your copy today only at eOne Heavy at THIS LOCATION.

The Time Heals Nothing vinyl repress serves as a precursor to CROWBAR’s eagerly anticipated new full-length, set for release later this year via eOne with details to be revealed in the weeks to come. 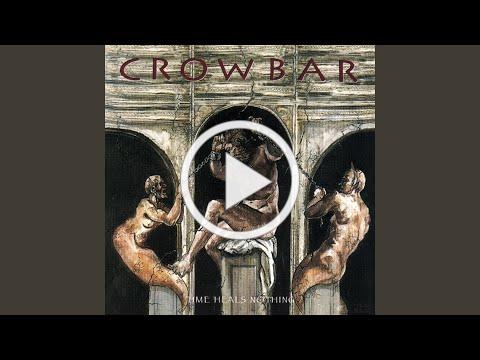 Entertainment One Ltd. (eOne) is a talent-driven independent studio that specializes in the development, acquisition, production, financing, distribution and sales of entertainment content. As part of global play and entertainment company Hasbro (NASDAQ: HAS), eOne’s expertise spans across film, television and music production and sales; family programming, merchandising and licensing; digital content; and live entertainment. Through its extensive reach and scale, and a deep commitment to high-quality entertainment, eOne unlocks the power and value of creativity.