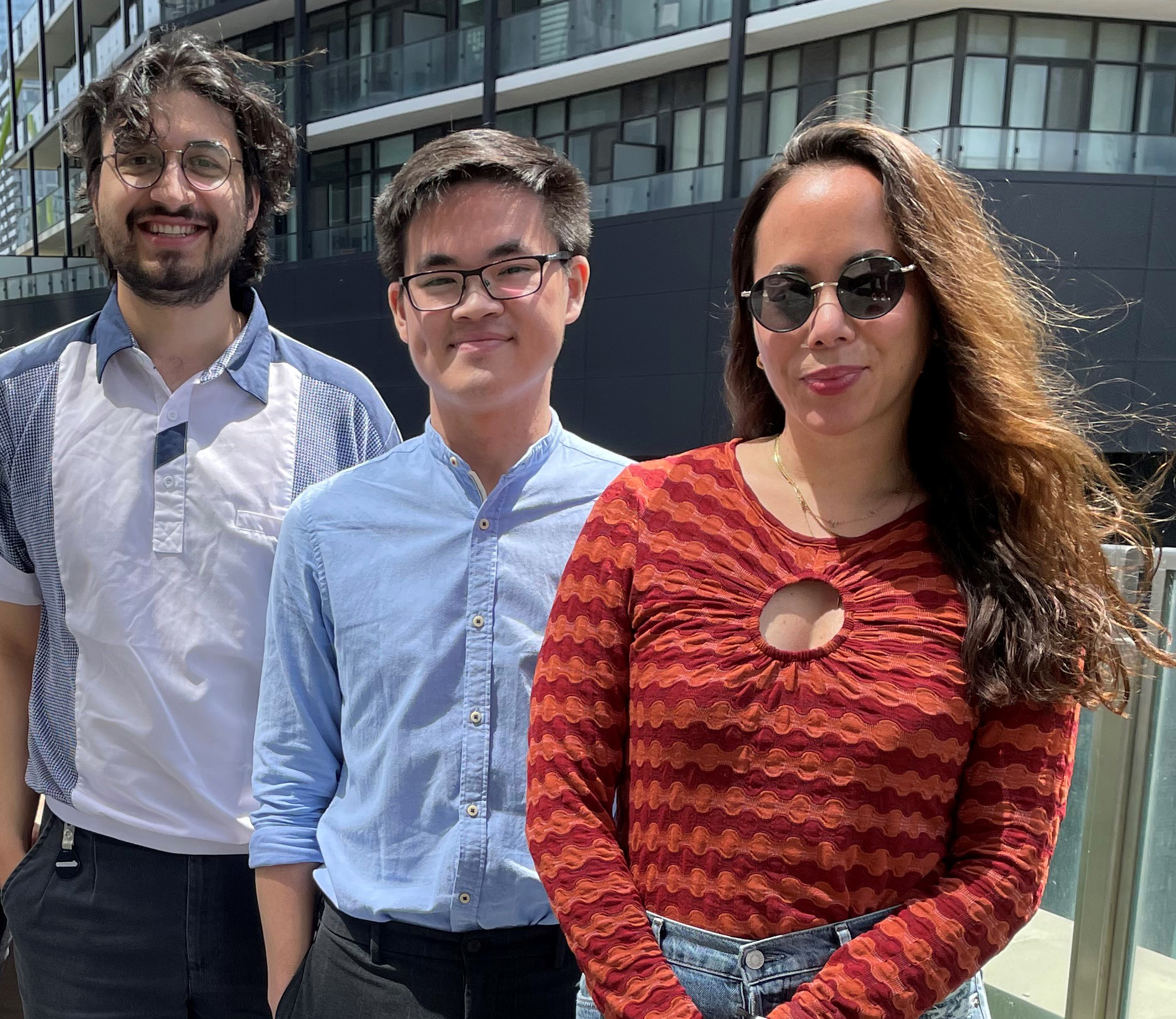 Meet the team behind eOne’s Podcast Network and discover your next favorite show.

Getting into the podcast game.
Podcasting is a new opportunity for Sasha Tong, who previously served as a producer at Canadian entertainment news show eTalk. “Podcasting is really organic. There’s a democratic impulse for all creatives to get involved, no matter their interest or proximity to the industry. To be successful in television, you need to know people. In podcasting, it can be very grassroots – and I love that. I want to be part of people achieving their dreams and help them tell their story.”

Adrian Muhajarine, on the other hand, was interested in a career in podcasting from the beginning. He studied Media Production at Toronto Metropolitan University and started his career as an intern at eOne’s Podcast Network. “I love the accessibility of podcasts. The stories can be told in a particular way that's so different from visual media,” he says.

The eOne strategy.
“Our approach is podcast to broadcast,” says Sasha. The team’s goal is to use eOne’s podcasts to incubate great ideas and build fans for shows that could one day be adapted for TV or other formats. Think Dr. Death or Dirty John. While there’s been a lot of true-crime podcast hits, the team is looking at all genres. “We’re interested in out-of-the-box thinking. We want to take a great podcast format and blow it up into a TV project.”

Currently, the team’s developing their hit podcast Somewhere in the Skies for television, and they are collaborating with eOne’s scripted TV team on a sci-fi audio drama.

The best part of the job.
That ‘a-ha’ moment when you find the right IP is always an adrenaline rush, says the team. “Whether it's via a really good producer or journalist who brings us an idea that checks all the boxes, or just a great concept from an existing piece of IP,” says Sasha. “Seeing all the different creative sources that can inspire a podcast is really exciting.”

What’s in the pipeline.
“Right now we're working with content creator Sasha Exeter on a great podcast that's in her voice and brand,” says Sasha. “We've already got some amazing international guests lined up to come on the show.”

“We’re also in development on a new show with drag queen Kyne Santos,” says Chris Chiu. “It’s going to be a unique podcast that unpacks the fun of learning of math and science.”

“It's been really exciting to work with eOne’s parent company, Hasbro, to think about how iconic brands can be developed for podcasts,” adds Adrian. While the team can’t divulge much at this time, they promise there are exciting projects on the horizon.

It’s clear there are big plans for eOne’s Podcast Network. Stay tuned for lots more – and in the meantime, listen here.

Entertainment One’s Podcast Network is home to authentic voices in Comedy, Arts, Health, Politics, History and more, with 11 unique shows and half a million downloads per month.  Learn more here.

Somewhere in the Skies